The poem entitled “Happiness” written by Wilfred Owen, describes a mixture of emotions. On one hand he describes our happiness, pleasure, joys, smiles, and laughter; and on the other sorrow, sadness, wrongs, and griefs. There’s also a sense of a need for protection, security, and reassurance. Boyhood versus leaving boyhood. The happiness of growing versus the sadness of being grown. The magic of childhood wonder versus the dullness of grown reality.

At the end of the first stanza, it seems almost as if Owen tries to cheer himself up with “great songs” and “pleasures more than men’s” as things that once brought him joy and happiness. As if he is trying to remind himself of times as a boy but failing to bring back that happiness.

The poem ends with “Boys’ griefs are not so grievous as youth’s yearning, Boys have no sadness sadder than our hope.’”

This shows that the former happiness as mentioned earlier is an unreturning one. That hope, while supposedly one of the happiest emotions, can be the one bringing us grief and sadness. That no one persons sadness can match the sadness that comes with hope. The hope that someday your true days of happiness may return but the sadness of realizing that they’re forever over.

The poem entitled “America” by Allen Ginsberg represents the spirit of America in the post World War 2 times. This poem talks about several different issues such as nuclear warfare, racial unrest, resistance against communism, and all the previous wars from the former years.

In the beginning of the poem he speaks to America directly. Ginsberg feels as things are dismal and he’s rather let down. Financially and mentally he is struggling due to the conflict and wars the country is so involved with. He then speaks to the reader, informing them that he’s aware of what he is saying and doing. Ginsberg talks about constantly smoking to get high and drinking to forget to help soothe his aching mind. This symbolizes restlessness and desperation. He then goes on to note that speaking to America is like speaking to himself.

Ginsberg then mentions how when he was younger he was an active communist who now lives with no regrets of those days. He then makes fun of the people in this country who were ignorant enough to blame every unfortunate event on other countries mainly Russia.

The end of the poem brings a hopeful determination to help fix these problems himself.

The poem entitled “On My Songs” by Wilfred Owen tells a story of loneliness and the power poetry has to heal. Owen uses the phrase “as if they knew my woe” to show how such poets are able to cure his sadness. He sees them as almost spiritual and idolizes them.

Owen then goes on to say that those poems do not always have the power to help. Therefore he writes his own. He believes that no other poem can match his own misery and sadness.

He then speaks to the reader, telling them that if they’re in dark times such as he is that he hopes his poems can help others as poems have helped him. To use the poem to fight the battles you aren’t strong enough to fight alone. 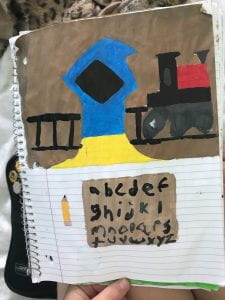 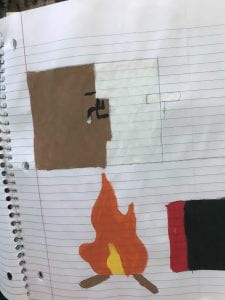 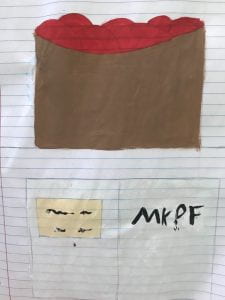 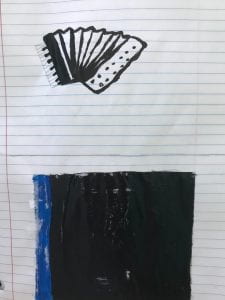 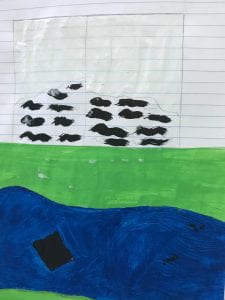 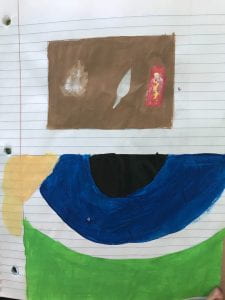 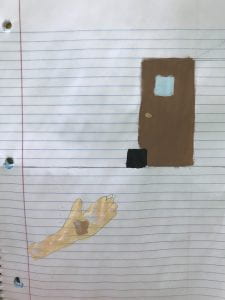 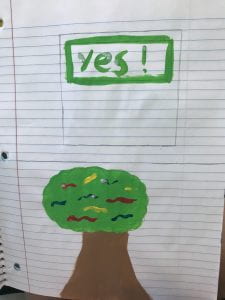 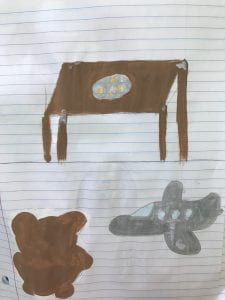 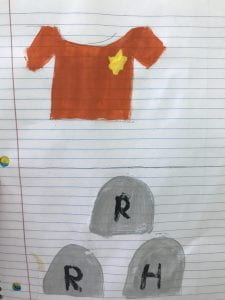 Each page represents a chapter of the book 1-10. For example in chapter 8 Max writes that words grow on trees. In chapter 1 Hans teaches Liesel the alphabet and how to read. In chapter 6 the sky is describes as the blue eyes of a Jew and the sun as their blonde hair.

Over the years my opinions on reading has fluctuated immensely. Reading silently or in my head and other ela has always been one of my “gifts” (along with mathematics). Starting when I was in elementary school I was put into kindergarten at an early age. My parents and the administration thought I should be with those kids instead. This happened to me and 5 other kids that year. We were always pulled out of class to do extra reading and math activities and I didn’t really know why we couldn’t do them with the other kids, later I would find out it was to further teach us at our learning paces. However I didn’t understand why I was learning ahead of the others because for years I had gone to speech therapy. Learning and reading had always been talents but when it came to reading out loud I just couldn’t. Still years later now I still have issues with reading out loud due to my speech issues. At East Palestine elementary we had this thing called SFA which stood for Success For All. The school system believed that reading was the most important out of all the subjects and wanted all the kids to really have a chance to be good at it. It was a 80 minute class every morning focused around reading and writing. At the end of every nine weeks we had to do a project on the book we read and write about it. For homework every night we had to do what they called Read and Response (or R&R for short). I cannot physically explain how much I hated doing that along with the book club projects. We had to read for 25 minutes every night and write 4-6 sentences about it and have our parents sign it and it was just truly awful. After about 2 years of that every night trust me you get really fed up quickly. I didn’t know a single kid who enjoyed it. Even my brothers! That one class made me hate reading and writing for years after. However looking back at it now, I’m glad I had that experience because I do really think it helped me become a better reader and it did open me up to a lot of books I enjoyed that I wouldn’t have thought about reading such as the Gregor the Overlander series we read in that class. Along with that it was nice to be put in a class with kids at my reading level or close to for a little over an hour every day. The summer going into 8th grade is when I really started looking into reading for fun again. I started by looking for books in series I had liked when I was younger or books about interesting topics and slowly I had gotten back into it. I still read for fun quite often. Books such as Call Me By Your Name by André Aciman and Too Much Is Not Enough by Andrew Rannells I still find myself coming back to from time to time. However when it comes to reading in school or for classes I still find myself trying to force myself to enjoy it even if it’s a good book. It’s almost like a little Language Arts ptsd. Over the last couple of years reading and writing has gotten me through a lot and through this year I’m going to be able to learn and build off of that. So all in all as of now I don’t think my relationship with reading is anything negative however it might not be the most positive relationship I could have.

Goodbye Yellow Brick Road is a ballad preformed by Elton John and written by Bernie Taupin. This song expresses how Elton no longer felt held back and required to be a huge face of the fame he was earning while also stating his desires to go back to the simpler times in his life while still at the peak of his fame. Taupin had said “There was a period when I was going through that whole ‘got to get back to my roots’ thing, which spawned a lot of like-minded songs in the early days, this being one of them. I don’t believe I was ever turning my back on success or saying I didn’t want it. I just don’t believe I was ever that naive. I think I was just hoping that maybe there was a happy medium way to exist successfully in a more tranquil setting” proving that it was not only John that had felt that way. This song has so much artist merit because they were in ,what they believed to be, the prime or peak of their fame and without a doubt this will forever be one of Elton’s largest known songs. In lyrics such as “you can’t plant me in your penthouse, I’m going back to my plough” and “I’ve finally decided my future lies beyond the yellow brick road” it shows that Elton and Bernie had no longer felt held back by the fame but since they no longer felt held back they just wanted to finally go back to simpler and easier times to feel fulfilled after tasting what such a high is like. However other lyrics such as “what do you think you’ll do then? I bet they’ll shoot down the plane” shows that now that Elton had finally felt free and saw the opportunity to leave the fame, he saw the vision of what he had wanted being destroyed by people such as the press (media) or managers or their studio. One reason why I value this song is because it really shows how just by looking at someone or without truly talking and listening to someone you can’t really know what’s going on with them or what’s happening in their life. Elton and Bernie seemed to be at the peaks of their lives, basking in the glow of fame when in reality all they truly wanted was to go back to when life was simpler and easier, back when they could really live and breathe how they wanted and not constantly conforming themselves to what others want from them.

Welcome to your brand new blog at Edublogs!

To get started, simply visit your blog’s dashboard, edit or delete this post and check out all the other options available to you.

We can walk you through step-by-step in our guide to getting started with your blog.